Now the weather's settled I decided to get a few rides in on the Evil Insurgent. I already own an Evil 'The Following' 29er so was looking forward to seeing how this beast rode. Well first thing I noticed with this bike is the fantastic colour and how beautiful the frame is, it's the same suspension as 'The Following' utilising the Dave Weagle design which I think is fantastic. It does look complicated down in the shock area but it's not, you have 2 settings, low and high and by switching the chips it changes the bottom bracket height, I rode it in low. I set the shock and fork up using the basic 30 % sag method and had a quick fiddle with rebound and was happy. The fork has a lot of fettling options and I'm not a big fettler, I like to get a nice balanced feel between the front and rear end and leave it there.

This is a 160 mm travel bike aimed at the enduro, bike park rider, meaning it's aimed at steep gnarly trails but we still need to be able to pedal along and up hills and this bike feels fine at this kinda riding. It actually feels quite efficient, someone mentioned to me that they loved the bike but felt it didn't climb well, so I had this in my mind but one thing I always do on a lot of today's bikes is look at the seat tube, because a lot of companies are making bikes with very slack seat tubes which is not pedal friendly so I slam the seat forward to get me over the bb a lot more and I think this works with this bike. I did notice the weight (30lb) on the second day's riding but I had tired legs and a banging headache but not expecting anything more from this kinda bike uphill.

So the fun stuff is where this bike starts to shine, flat corners were great, it holds a line well and I noticed how stiff and direct the bike was. I think a lot of this was the well constructed carbon frame around the bb area and the smaller carbon wheels (I mostly ride 29 er), it turns real sharp for a slack bike and was real nimble and playful . I still wasn't happy with the fork set up though, the rear end felt spot on but the fork felt a little erratic but I reckon more time tuning it would solve this, but a fox fork would be a better option I reckon, maybe few pound notes more but nearly 300grams lighter One thing I did notice was a little bit more chain slap noise which happens because of a higher chainstay, which does have a moulded rubber protecter on it. This bike is confidence inspiring on steep trails which you would expect but for me this is one of the best hard cornering bikes I've ridden and I put that down to the oversized carbon frame and the positioning of the shock just about the bb. It would take a far better rider than me to find this bikes limits, but what it does give an average joe rider like me is confidence and we all like some of that don't we? So if you fancy a demo give us a call 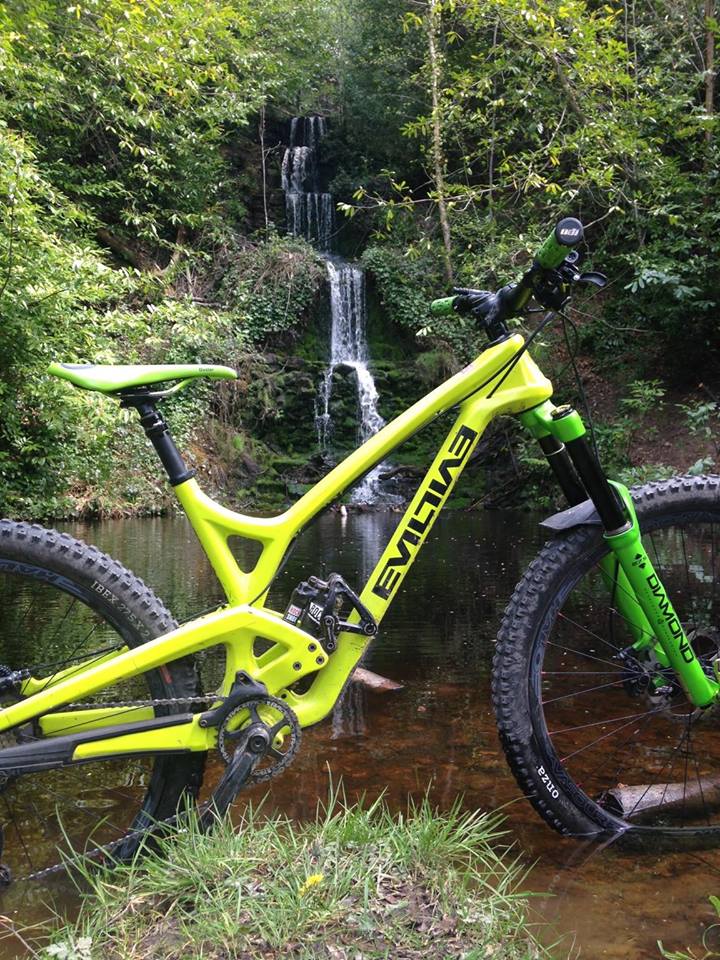 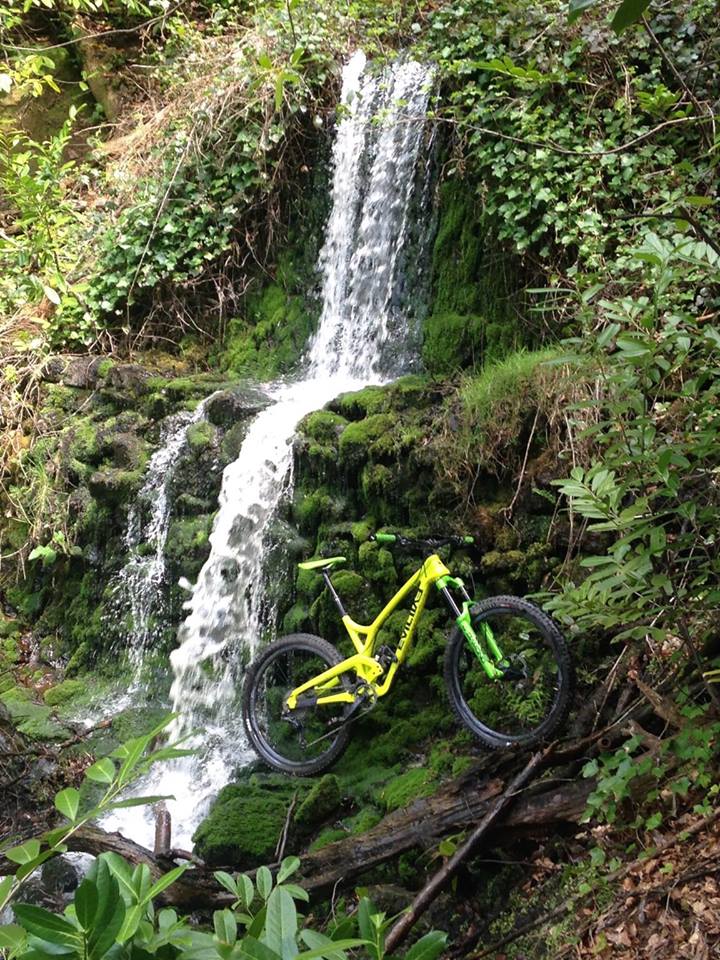 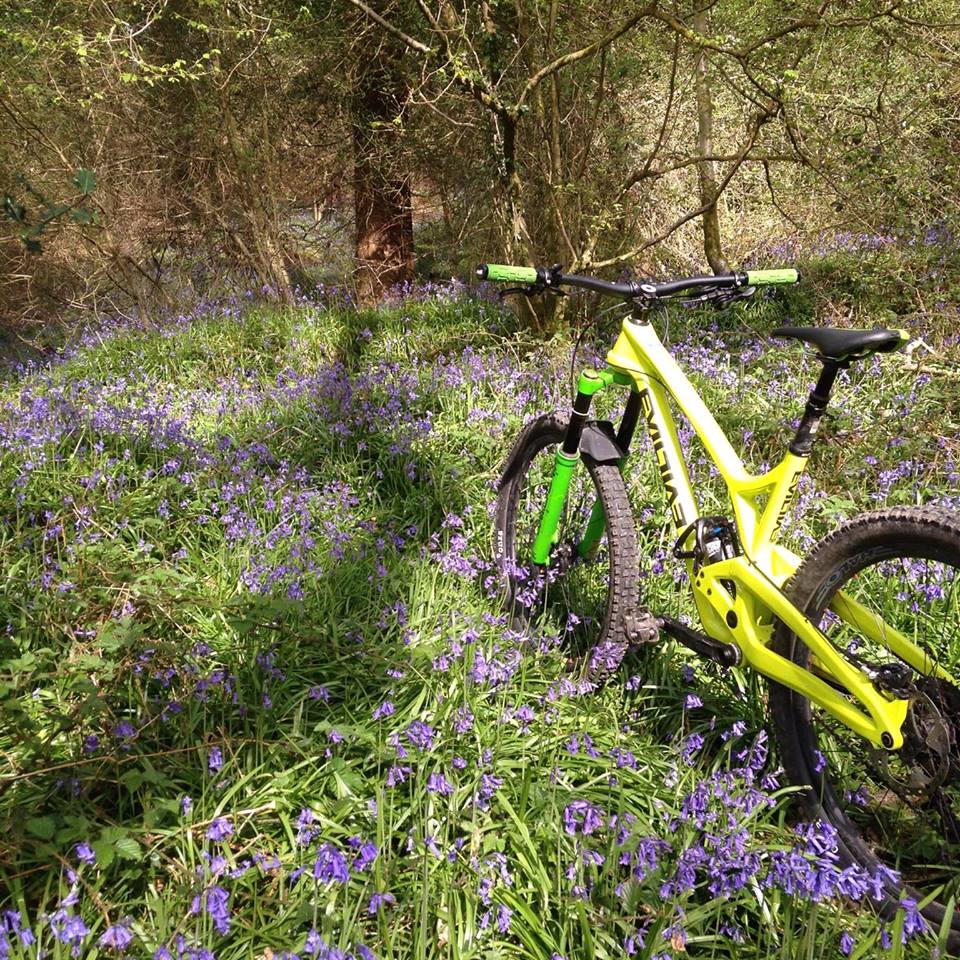 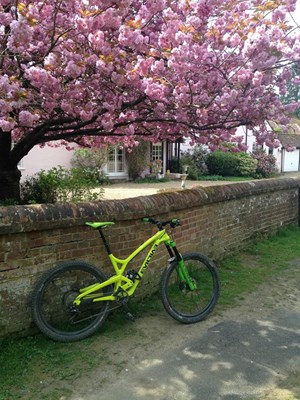 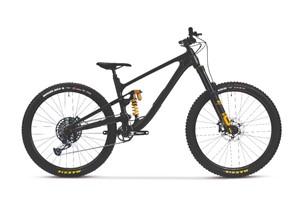 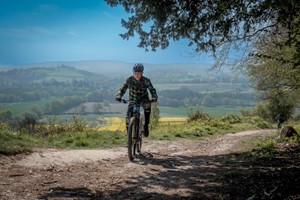 This is the time of the year where we all marvel in what a beautiful place we live & ride in. The Bluebells at this time … 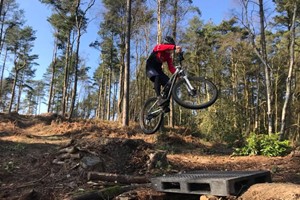