The Evil Following was the original killer 29er. A hugely playful and capable short travel bike. Everyone says that but Evil were the first to prove it and have the 'bike of the year' awards to back it up. This is it's third iteration and has been improved again. The reworked Following frame has been further modernised with a steeper seat tube angle. A reworked main pivot adds stiffness and strength giving a better feel when you're riding hard and also giving an increase to durability. The change to the linkage adds more progression to the suspension which gives better performance when things get rowdy. The linkage also features dual-row angular contact bearings. Like always, you can run the bike in the standard Low position or slacken it out in X-Low. The backend is now SuperBoost 157mm. Evil have done this to rework the suspension design with the bigger pivots and to stiffen the swingarm. It's a growing trend with manufacturers and there'll be a whole more brands jumping onboard for their 2021 bikes. Evil have always done their own thing and are totally confident that it gives a better feeling bike which is what it's all about at the end of the day. The Evil Following now accepts up to a 29" x 2.6" rear tyre (or a 27.5 x 2.8 if you fancy it). There's better water bottle spacing too. You can rock a standard 51mm offset fork or a 44mm reduced offset one. Evil's full builds are specced with 51mm. A carbon chainguide is included which is removable. A new sound-cancelling chainstay protector keeps things quiet. The cable routing is internally tubed for super clean and super easy installation. The frame has a threaded BB as we all know that press-fit are super annoying on bikes. 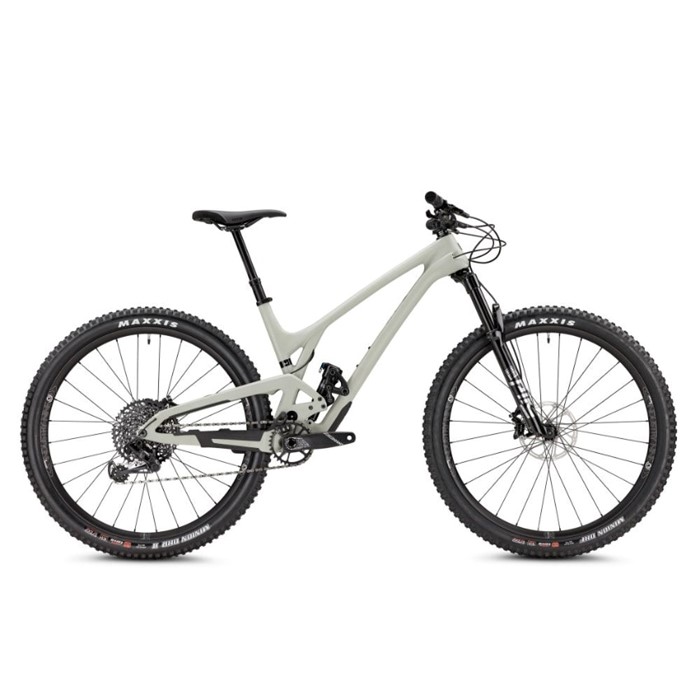 Back to demo bikes